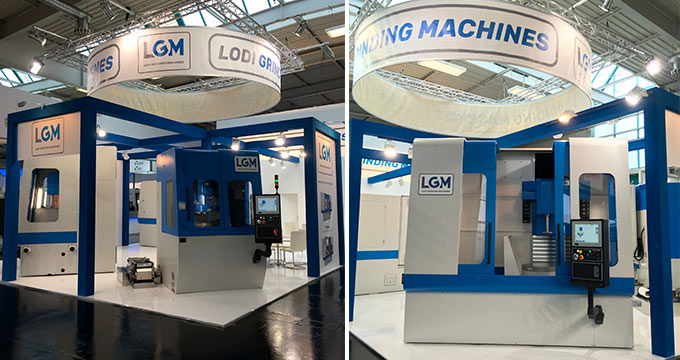 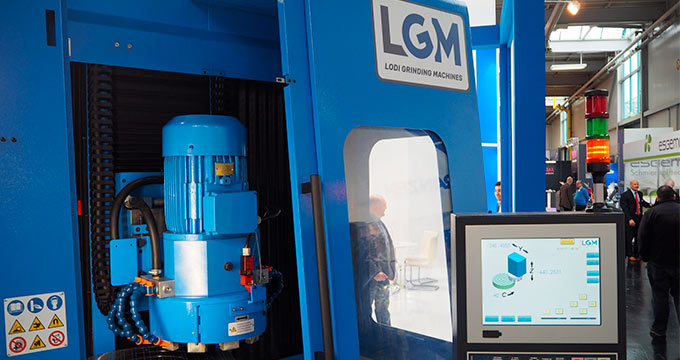 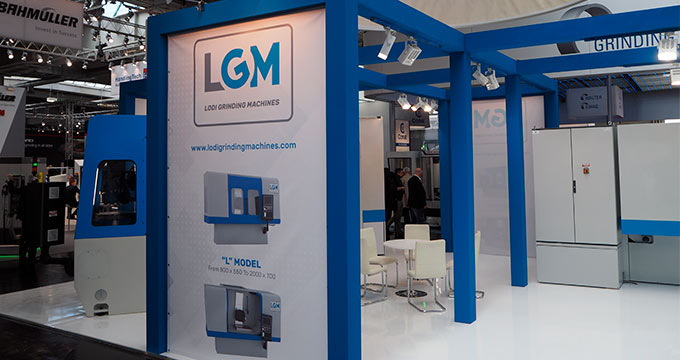 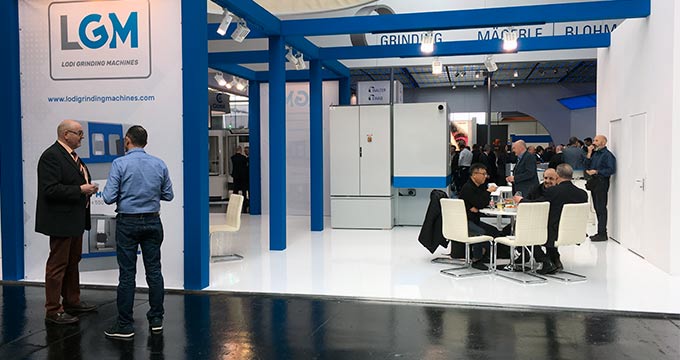 A large number of attendants and high interest for Lodi Grinding Machines characterised GrindTec 2018, the industry’s leading trade fair for grinding technology and CNC grinding machines. The exhibition was held in Augsburg, Germany, from 14 to 17 March 2018.

GrindTec is the world’s leading trade fair for the grinding technology industry.

The fair was attended by a record number of 19,100 visitors from 66 different countries, a considerable increase over the previous edition.

The Lodi Grinding Machines stand recorded an exceptional number of visitors, consisting of both existing customers, who renewed their interest in LGM technologies and solutions, and new potential customers.

The four days at the trade fair were filled with a series of meetings and appointments that were scheduled already several days before the start of the fair.

Design, know-how, development and production at the highest levels are the four fundamental cornerstones on which the entire business model of Lodi Grinding Machines is based.

They are the key elements that periodically give rise to new models and to the further development of existing equipment.

This success highlights the steady commitment of the entire “LGM” team, which is regularly recognised and appreciated by our customers.

The GrindTec 2018 trade fair was just one of the many steps that Lodi Grinding Machines, a company specialising in the design and construction of CNC grinding machines, is undertaking in its commercial development both on national and international level.