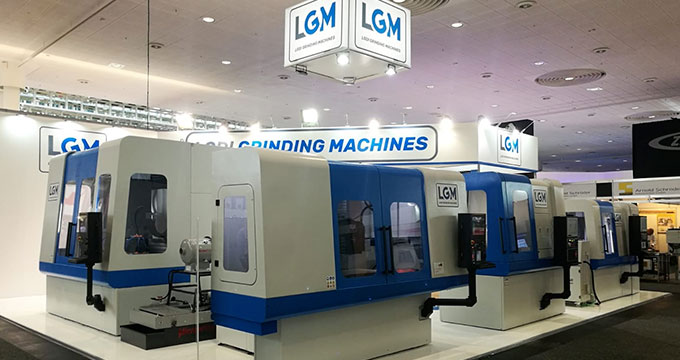 Some 117,000 trade visitors from 150 countries attended the world’s leading tradeshow

In the context of subdued economic expectations over the past several months, the moderate decline in attendance has to be viewed as a success.

More than half of all attendees came from outside Germany, about evenly split between visitors from Europe and from the rest of the world. The high proportion of Asian attendees (more than 30% of foreign visitors) is worth noting.

EMO 2019 also marked a defining moment in digitalization and automation.
The event lived up to its role as a springboard for innovation in production technology.

In line with the market trend, LGM also presented four grinding machines with a high level of technology content, while at the same time anchored in tradition.

Thanks to an expanding collaboration with Japanese electronics giant Fanuc, LGM has equipped three grinders with the 0i-MODEL F series, a reliable and high-performance CNC control that allows the application of Industry 4.0.

A loading/unloading system for the workpieces to be machined, designed and built entirely by LGM, has been mounted on one of these grinding machines, the V3 CNC.

The other grinding machines that were exhibited at the trade show – the V8 CNC, the L8.5 CNC and the R6 – also attracted a large amount of interest from attendees.